Exhibition in the high rise government building or 2015 2019
Exhibition

22 July Centre's first exhibition opened in 2015, four years after the terror attack, on the site where it began. The walls of the exhibition rooms were clearly marked by the bomb explosion in the Government Quarter. Along with texts, images, videos and objects, those marks of the bomb blast constituted an important part of the exhibition.

The exhibition dealt with the terror attack in Oslo and on Utøya, on 22 July 2011. The story was told at the site where the attack started, in the High-rise Government Building, in central Oslo. The building and rooms still bear clear traces of the bomb blast.

The course of events on 22 July was presented through images, texts, film and objects. The exhibition also highlighted the immediate reactions, the many signs of grief and solidarity in the days that followed, and the trial the following year. A separate room was dedicated to the 77 killed.

The main texts in the exhibition were taken in their entirety from the judgment in the Oslo District Court on 24 August 2012. The objects on display were mainly evidence from the police investigation. The exhibition also consisted of extensive photographic source material, excerpts from surveillance footage from the Government Quarter and filmed interviews with witnesses from the Government Quarter and Utøya. Relevant books and publications were available in the last part of the exhibition. 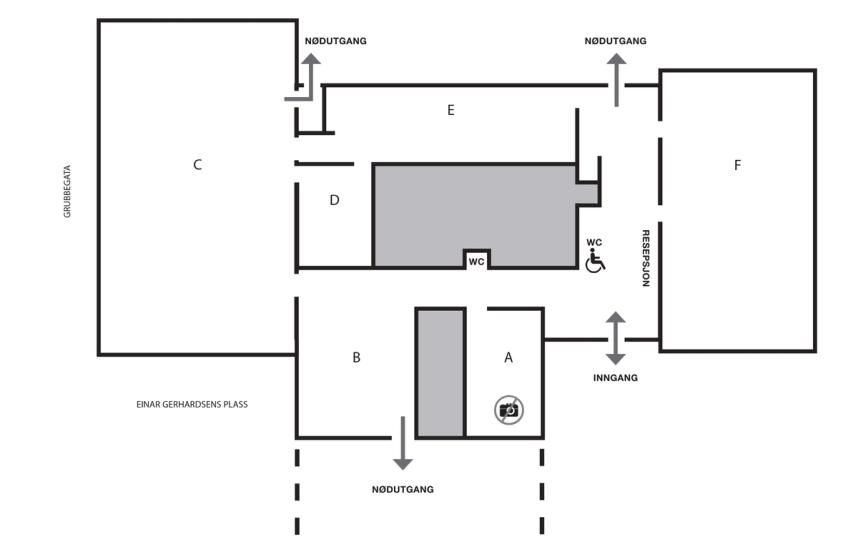 Special thanks to the National Support Group after 22 July, AUF and the 9/11 Memorial & Museum.

At the end of the 22 July room you will find a small room where we show a film running in a loop for just under half an hour. In the film, the survivors from the Government Quarter and Utøya tell their stories. One can also hear the stories of some of the civilian boat rescuers. These are strong stories. Especially families with children can make an assessment on whether to enter this room. The film is an extract taken from NRK's ​​Brennpunkt documentary about 22 July from 2012. If you want to see the entire documentary, you can find it on NRK's ​​online television.

After the "Remembrance Room", the more informative part of the exhibition begins. Here you can first see an edited version of the surveillance footage from behind the High-rise Government Building. The film shows the minutes before and after the explosion. You see the car parked outside, and after a while you see the perpetrator getting out of the car. The film fades to black during the actual explosion. All the people you see in the film survived.

The last room in the exhibition is dedicated to posterity. Both the spontaneous commemorations and the rose processions have been given a place here. If you look out the window, you will see that roses have also been planted outside the centre. The trial in 2012 is also part of the posterity. In this part of the exhibition, some items that were seized when the perpetrator was arrested are also displayed. Finally, in the exhibition you will find a bookshelf with relevant titles about 22 July. The bookshelf is not full. This is both practical and symbolic: the story of 22 July is not yet finished. We will include new, relevant releases as they are published.

This is Høyblokka's former canteen and the exhibition's largest room. Here, the events of 22 July are conveyed minute by minute, from the explosion in the Government Quarter, right through to the morning hours of 23 July. The story is told through text and pictures, as well as some objects. All the people pictured survived.

Finally, we have a large, airy pavilion behind the reception area. This room is slightly marked by the bomb. Here you can sit down, relax, drink some water. Here you will also find an architectural exhibition about the future of the Government Quarter, and there are also drawing materials and a children's library.